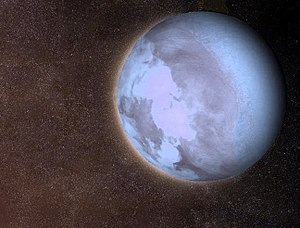 The discovery of Gliese 581g is a truly exciting and wonderful development. Here we have a planet just a little larger than our own sitting right smack in the middle of the habitable zone of the star it orbits. If ever we’re going to find life out there in the great vasty blackness, this is where we expect it to be. Of course, our expectations may be wrong not only in this case but on general principles — life could be much more abundant elsewhere. It’s possible that what we take for the “habitable zone” is in fact anything but. Perhaps we’re the outliers with our odd penchant for liquid water, while the majority of life in the universe prefers much colder (or warmer) climes.

Perhaps, but seeing as we are the only example of a living, thriving planet that we have, it’s entirely sensible that our search for new living, thriving planets would draw us to worlds situated similarly to our own. One of the interesting characteristics of Gliese 581g is that it has a couple of close neighbors on opposite sides of the habitable zone, planets C and D, each of which was discovered before G and was considered as a possible candidate for habitability. (Planet D still hasn’t been ruled out altogether.) So like our home planet, poised between Venus (too hot) and Mars (too cold), Gliese 581g occupies what might be described as its own system’s “just right” location.

I have to wonder: is this a coincidence? Or, in the years to come, as we discover dozens, perhaps hundreds of planets occupying their various star systems’ habitable zones , will we find that many or most are similarly flanked? There’s no particular reason to expect that we will, but it’s interesting to speculate.

So Gliese 581g has a lot in common with Earth, but what makes it even more fascinating is its points of divergence:

The most habitable part of 581g might well be in the “twilight” area that separates the planet’s day and night halves. One can imagine life developing in that temperate band and then evolving in highly distinct ways as it spread in one direction versus the other. The distinction on Earth between land-based and aquatic life could be fairly insignificant compared to the divergence on 581g between night and day life. And, who knows, there may be “amphibious” creatures living in such an environment, life forms that freely move from non-stop daylight to utter darkness and who can withstand almost unimaginable ranges of temperature.

Granted, this is a significant amount of speculation considering how little we really know about 581g. But to be candid, I’ve stopped short. I’m sorely tempted to push on and sketch out some ideas around at what kinds of intelligences and, indeed, what sort of civilization a planet like this might be home to. But I won’t go there. (This time.) Rather, I’ll just point out that it’s not the speculation, but what we know about this planet that makes it so exciting.

It hasn’t been all that long since the first extrasolar planet was discovered. Two decades ago, it was pretty much assumed that such bodies exist. In those days a handful of astronomers were working relentlessly to be the first to prove that there are planets outside the eight (at that time, nine) that orbit our sun. And, finally, those efforts paid off. But before that, we could only assume. And ponder. And speculate.

It was great fun, as a kid, watching Cosmos or reading books by Carl Sagan, Isaac Asimov, and others that dared us to imagine what these hypothetical other planets might be lik 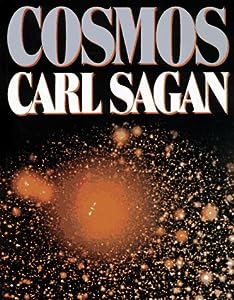 e. A planet might orbit a star situated far above the galactic plane, allowing its inhabitants (if any) to witness the rising and setting of the entire galaxy each day. Another might be a moon of an enormous gas giant, twice the size of Jupiter, and yet a planet it in its own right, home to a unique ecosystem and civilization.

Or who knows? Somewhere out there we might find an otherwise Earth-like planet with a huge red sun in the sky, a year that lasts just a bit over a month, and a thin temperate strip of twilight separating blazing endless day from frigid endless night.

Now there have been, without question,  some interesting finds among the first 400-plus extrasolar planets that have been cataloged. And when I say “interesting” I mean in the way that astronomical discoveries are always interesting. All well and good. But the discovery of 581g is something else entirely. This is interesting the way news of a newly discovered country would have been interesting to our ancestors. Imagine how listeners might have received news of Cathay in the 14th century or America in the 16th — fantastic places, like something out of a fairy tale, only real.

Such places touch the imagination, but they do more than that. They awaken a desire to set out for the unknown or, more properly, the partly known. We want to travel to such places, to see for ourselves what we’ve heard about, what we’ve hypothesized, and what we’ve imagined.

We want to go there, and not just in our dreams.

Here’s the thing: 581g is just the first. We’re only now beginning to get good at finding extrasolar planets. Within the next decade or so, we will probably catalog dozens of potentially habitable Earth-like planets, some much more interesting (in both senses of the word) than 581g. We may detect evidence for life on one or more of these, maybe even reasons to suspect the presence of a technological civilization.

For some of us, such news from distant lands has always been irresistible. We’ll find a way to do it. We’ll go there, and see for ourselves.