I took my first ever trip to Russia in 1993, working for telecom giant U S WEST (now QWEST) on rolling out a series of join-venture telecom startups. Our partners in these new venture companies were a combination of European equipment providers and local newly privatized Russian service providers. I got to spend quite a bit of time in local offices of these Russian telecom companies, which had until recently been branch offices of the Soviet national telecom service provider. (This was the early days of post-Soviet Russia.)

One of our regional managers, who was attempting to bring digital wireless service online in the city of Nizhni Novgorod, told me about an interesting experience he had in one such office.

One day he mistakenly went through the wrong door and stumbled upon a room full of guys in suits wearing headphones; there were banks of reel-to-reel tape recorders covering the walls. My friend was quickly ushered out, of course. When he asked what he had just seen, there was a good deal of throat-clearing and foot-shuffling until one of the senior Russian guys apparently remembered the official answer.
“They’re checking for line noise,” he explained.
Well, sure they were.

As I often point out, one of the hallmarks of rapidly advancing technologies is how capabilities that once required massive infrastructure such as would only be available to a large corporation or government agency a few years ago are rapidly passing into the hands of individuals. This is cool when it means that regular people can now produce music or movies that would have once required a large record company or film studio to produce. But it also means that regular people can much more easily engage in activities like “checking for line noise.”

With that caveat in mind, I’m still very excited to read the following over at Workplace Learning Today:

How to Record Phone Calls Online

Here’s an application I’ll likely try this week. Recordable is a free online service that allows you to record phone calls. It’s simple to use:

Makeuseof points us to a similar application called Supertintin as well astools to record Skype calls.

Speaking as a podcaster, I am delighted to see that the clumsy workarounds we had to use to make a decent recording of a phone call even three or four years ago are no longer necessary. But speaking as an advocate of organizational (and other varieties of) transparency who has recently been issuing warnings about the nasty habit information has of not going away, I want to point out that such advances require caution.

Transparency requires that people know when they’re being recorded, ideally that they are specifically asked whether it’s okay before the recording begins. One would think that a service such as Recordable would build notification of recording right into their servic 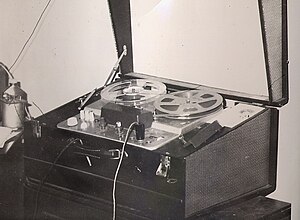 e, but that doesn’t appear to be the case from glancing at their website. They do have an entry in their FAQ about the legality of recording phone calls (helpfully pointing out that it varies from state to state) but they have nothing to say about ethics, which is arguably not their problem.
Putting the ability to record calls into the hands of consumer can help level the playing field. For example, I love the idea of recording customer service calls. So often you’re on one of those calls and you hear a message that the call “may be recorded” either for “training purposes” or “to ensure the highest levels of service quality.” It would be fun to turn the tables and tell the customer service rep who finally comes on that you will be recording today’s call to ensure that your complaint and follow up questions measure up to your normal high standards. More importantly, it would give you an record of what transpired on the call.
A little closer to our home topics, recording telephone job interviews would be a good way of making sure your notes are accurate. It would also make it possible for other interested parties to access the interview after the fact.

Obviously, applicants would need to be notified that this is being done. I wonder how that knowledge would impact the applicant’s behavior?

Cross-posted from Transparency Revolution. Join the discussion there.